THE VISITAÏRES FROM THE FUTURE

Storymapping The Visitaïres - here - (in French only, English Soon!) 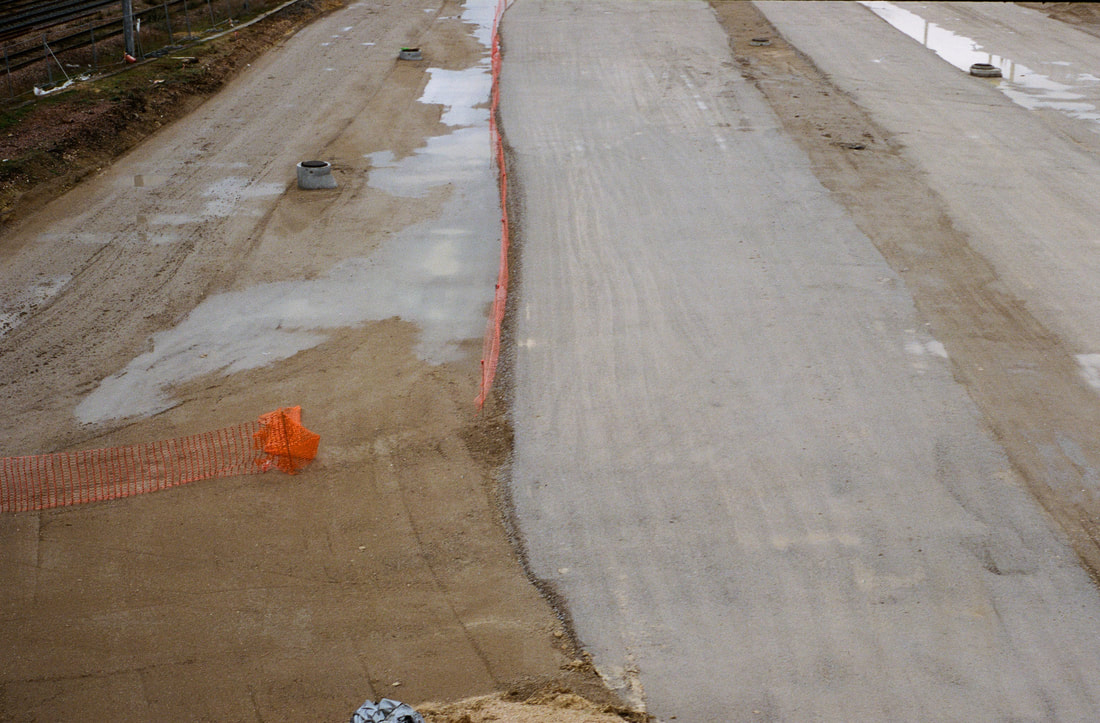 By taking on the role of two ambassadors from the year 3020, The Visitaïres from the Future, we question the place of concrete utopias -entopias- in the transformations currently underway in architecture and urbanism in North-East Paris. To this effect, we anchor our investigation on emergent practices that bring forth other forms of community and solidarity with the La Chapelle neighborhood. The documentary investigation and testimonies will ground our reflections on the future already present -both close at hand and far away. This field work and the actions undertaken with neighborhood residents around their visions of the future will open up space for these alternative trajectories to gather force and become possible.

This invitation to time travel offers residents the possibility to conceive of the different urban futures for their neighborhood. Through a collective documentary fiction, we will weave a fiction that will take on various forms: model cities, a zine, performances, and a guided itinerary. The material manifestation of these different visions in the artistic work will resonate with the documentary investigation underway on entopic possibilities in the neighborhood, planned urban works, and real estate speculation. The goal here is to create a favorable climate for a critique of our society’s possible futures. During the various in situ performances and artistic interventions, residents will be invited to exchange their desires and fears for the future and to reimagine the urban transformations currently underway. These micro-events-actions - micro-torques in consciousness collective and individual - invite us to become aware of the future already inscribed in the present. Through these divergent trajectories, lifelines will be written, cross, and intertwine in a cycle of workshops around architecture and life in the future. We will deploy a constellation on invisible cities -now material manifest- that emerges from our play in the workshops at the end of this investigation. 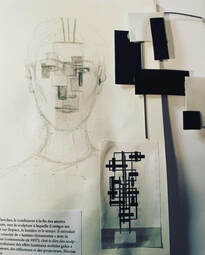 At the heart of this investigation, the workshops will bring together artists and researchers from various disciplines (photography, architecture/urbanism, literature, literature, contemporary art...) to work with residents to imagine different possible narrative futures for the neighborhood. Together, we will construct model cities, sketch and pen its architecture, ways of life. At the end of the investigation, these temporal artifacts from divergent worlds will come together in a collective fictional narrative. These both divergent and converging visions will be presented at different key social and cultural sites in the neighborhood. 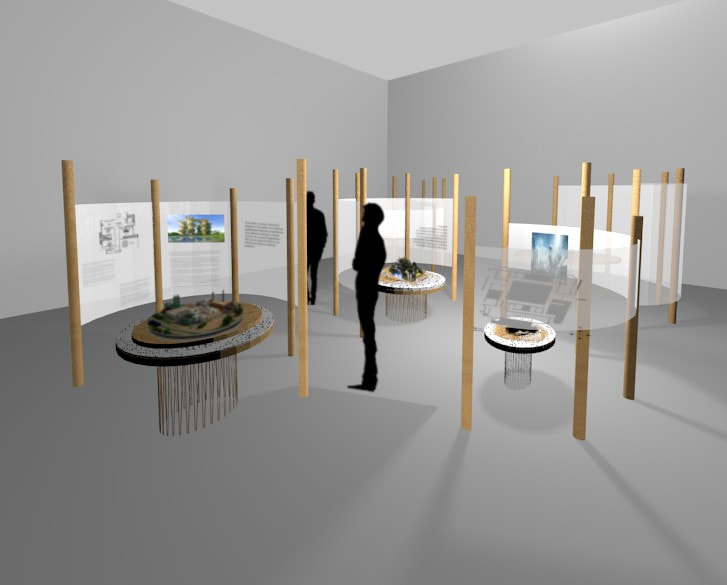 Workshop organized as part of the conference “inscriptions in relations”, organized by Civic city at the Palais de la Porte Dorée February 15th, 2020 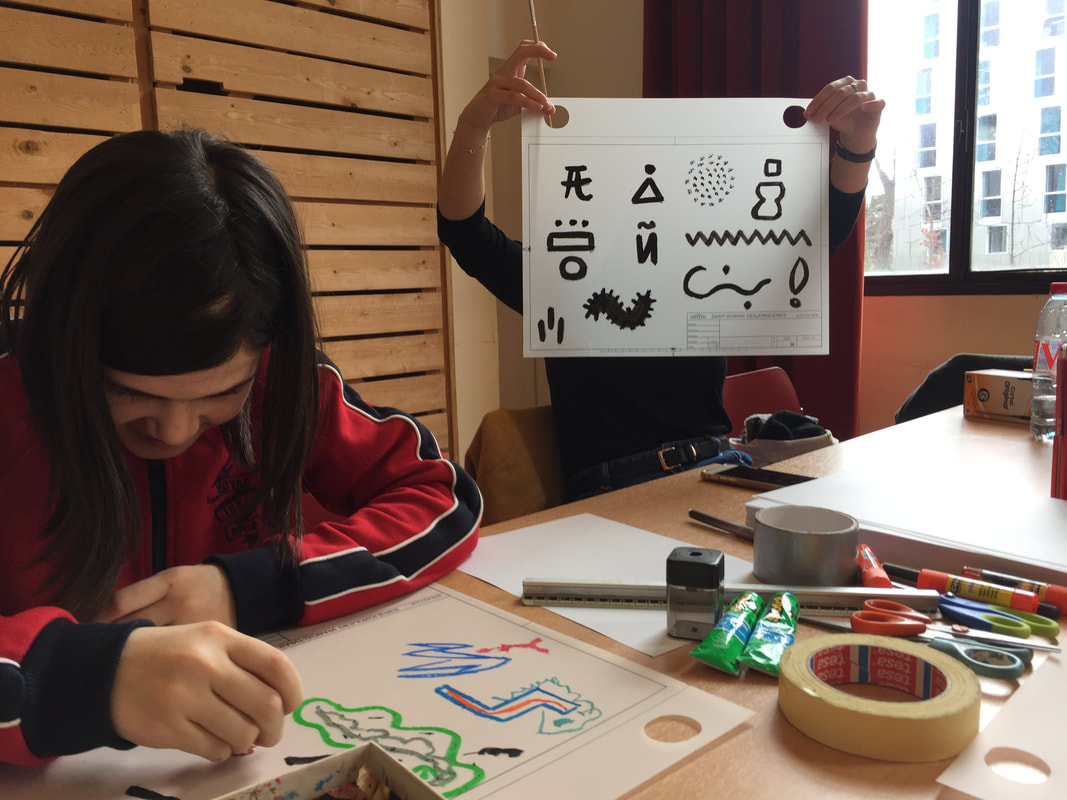 You, inhabitants of the Earth, residents of the present, silver-tongued ones – ready your plumes. The Visitaïres from the future invite you to exchange tongues, link fingers, and let the ink spill! Together we will creolize our languages and our characters in order to create a multiverse of idioms.

How do you conjugate the past and the future? How will we distinguish between people, genders, and species? Who will speak in our name? Will our memories crystallize in the cloud or be engraved upon cenotaphs? How will our bodies render our gestures material? How will our signs and ourselves be drawn into and onto the world?

We come together, pull apart – get close – and speak.

MY LIBRARY FROM THE FUTURE 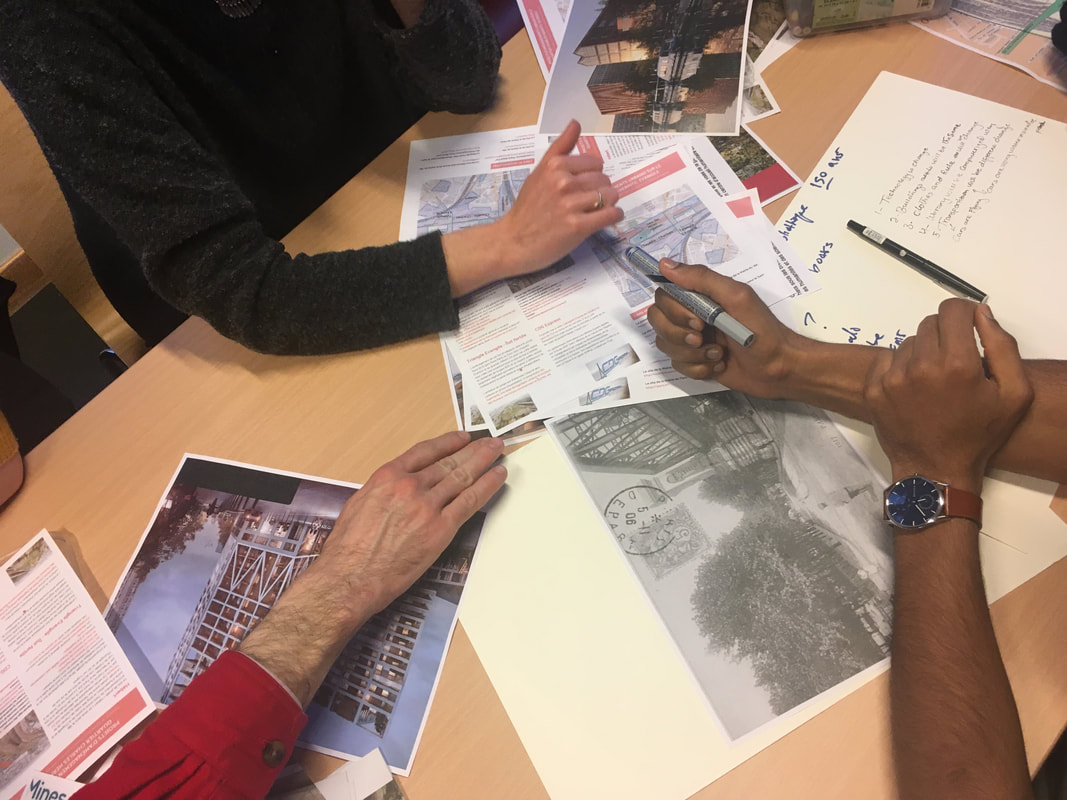 And when we walk into a library in the future, will there still be books, or humans? What role will it play in neighborhood life? Will it welcome refugees and offer language class -as it does now? And will the librarians still offer advice on good reads, great albums, and where to get medical help and find a place to sleep out of the cold? Will there be a seed library – and maybe the readers will have lunch with their newly borrowed books and tunes in a neighborhood canteen with fruits and vegetables harvested from just outside the door? Maybe it will be a kind of social and cultural center where you can make an appointment with a doctor at the same time you browse the newest comics? But as you may have already noticed, this future, is already very present.

Throughout the workshops, we will imagine the evolving role of the library throughout time. At the end of this cycle of workshops, the library will take form based on library patrons and librarians’ visions of their Library from the Future.

MY NEIGHBOR FROM THE FUTURE

Workshop organized at Le Centre Rosa Parks March 20th, 2020
Who will be my neighbor from the future? How will they dress and speak – and live? In this workshop, we will imagine with residents present their future neighbors in order to anticipate coming changes – and to welcome our future-distant neighbors. Each participant will write and draw the portrait of their Neighbor from the Future. These portraits will weave together, taking on the form of a cartographic fresco, presenting our descendants and their ways of life.

IF YOU WERE A SHAMAN, WHAT SHAMAN WOULD YOU BE? 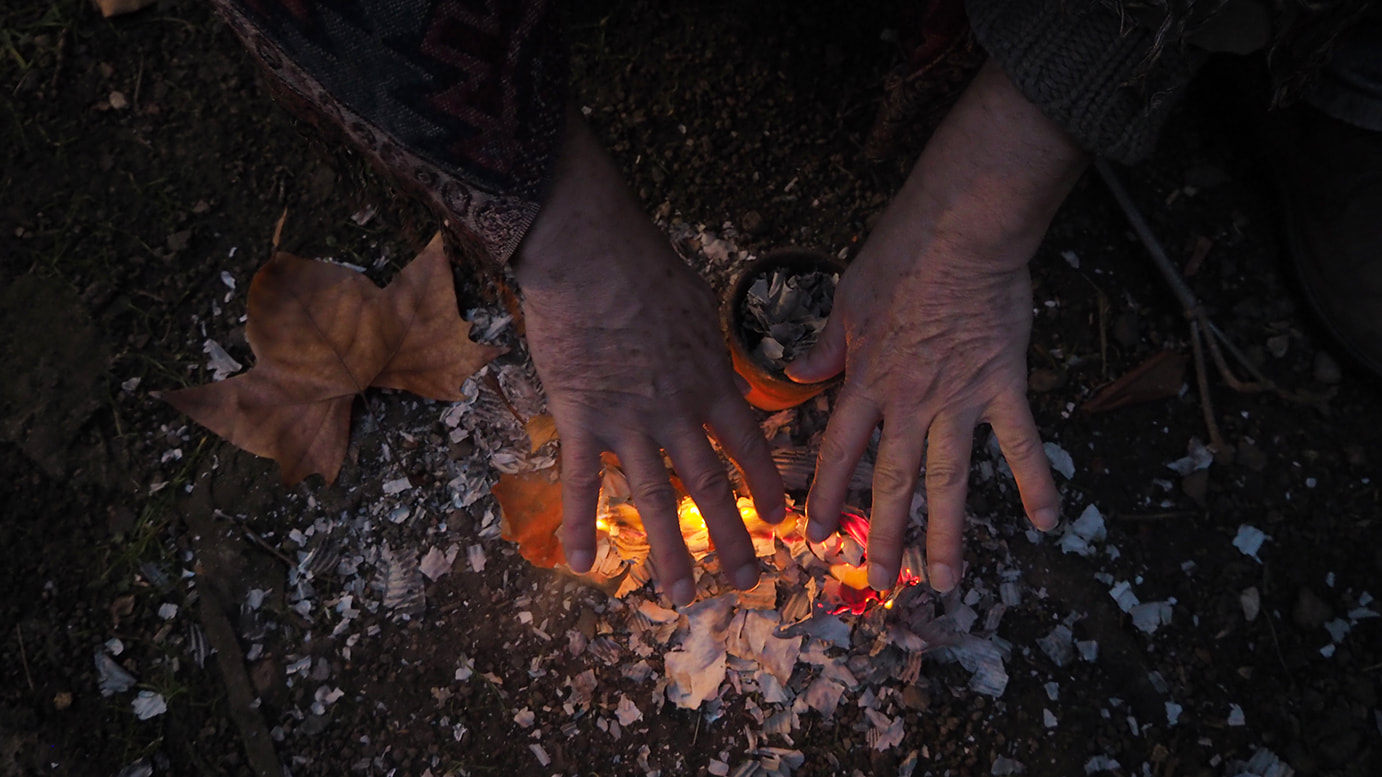 We will invite participants in this photo workshop to live and reinterpret visually a shamanistic experience – between past and future, visible and invisible, reality and fiction. Through various forms present throughout the world since the dawn of time, shamans have through rituals and rites healed members of their communities, exorcised plagues, and predicted the future. They play an essential role in troubled times, mediating and bargaining between gods and demons on behalf of their flocks. We could use some powerful shamans at the moment!

Each participant will be invited to step into the skin of shaman, inspired by their own experience, in order to invoke a possible community to come, and reflect on what knowledge they would like they to pass onto future generations. Each person will invent their own costume and rituals, write their own portents, create their totems and spells… and present them for the camera – as the shutter clicks, anything can happen! 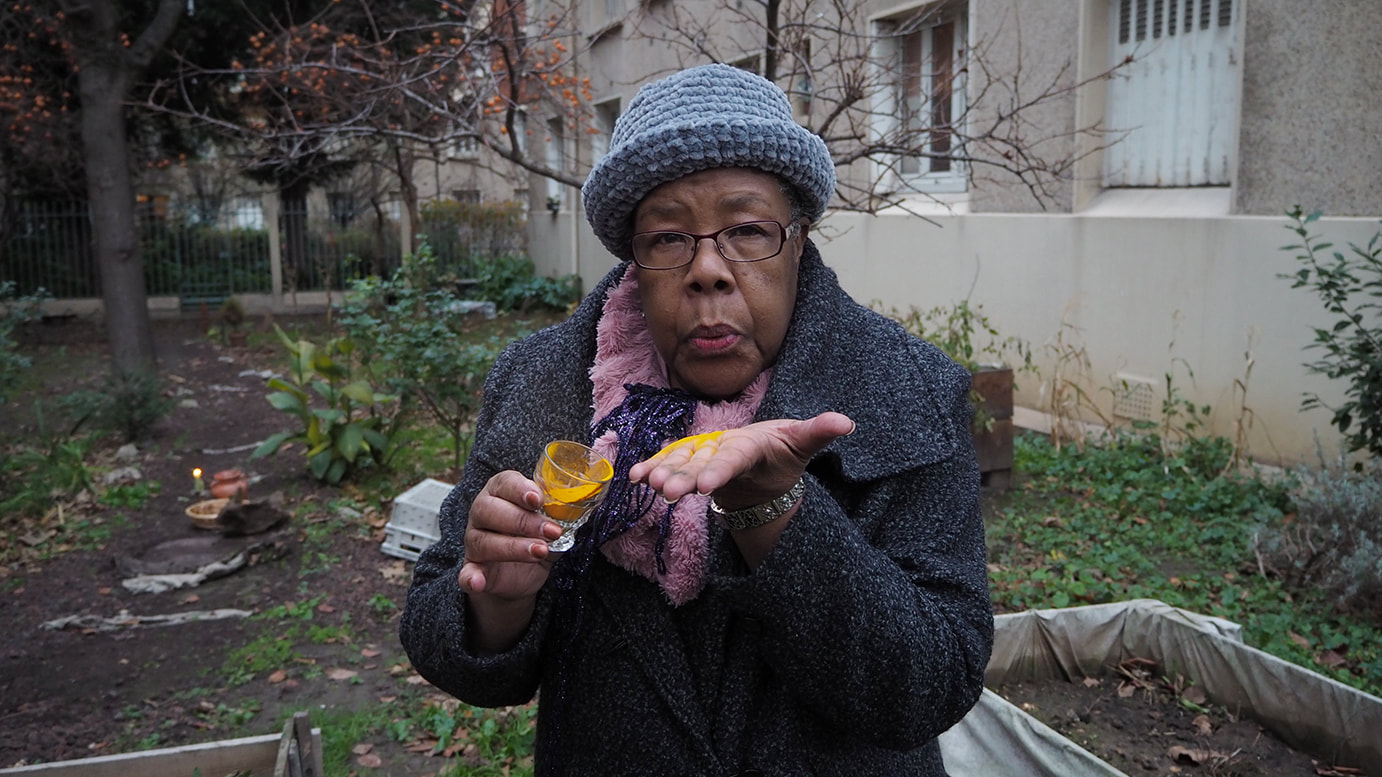 Over the course of an evening, we will consult the oracles, write, recount, and sing the future already present in each one of us. The participants will be invited on a voyage in language and writing to pass through time, linking past, present, and future. 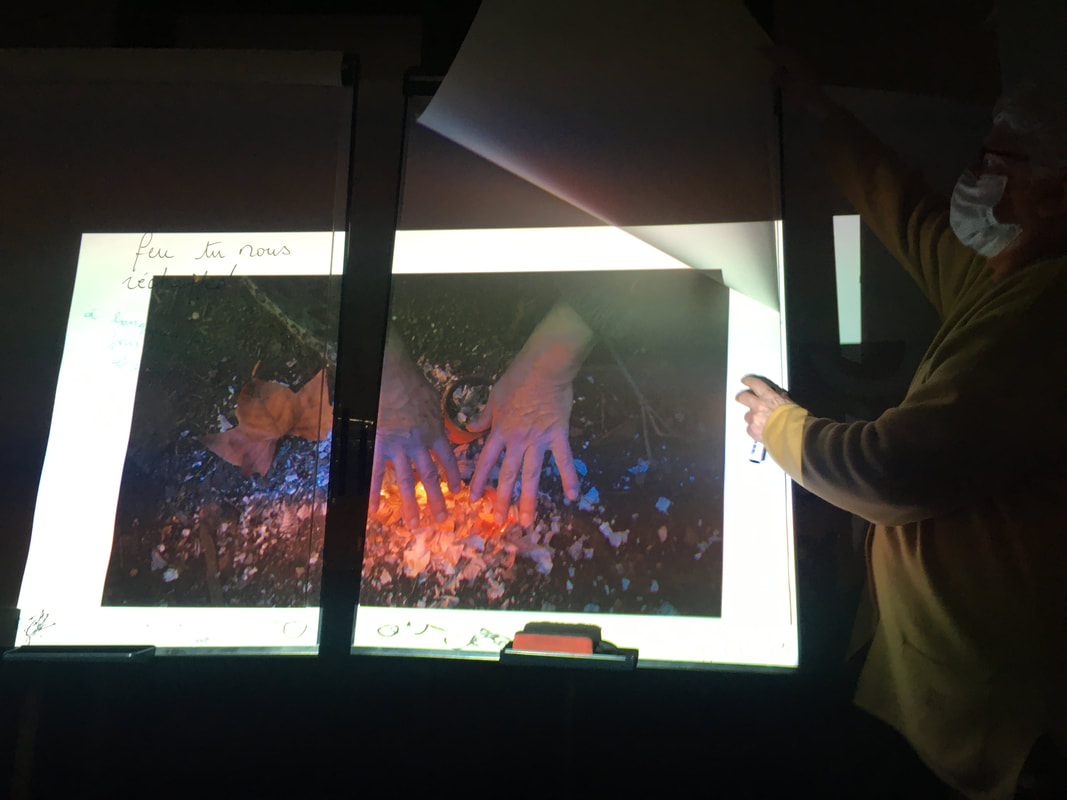 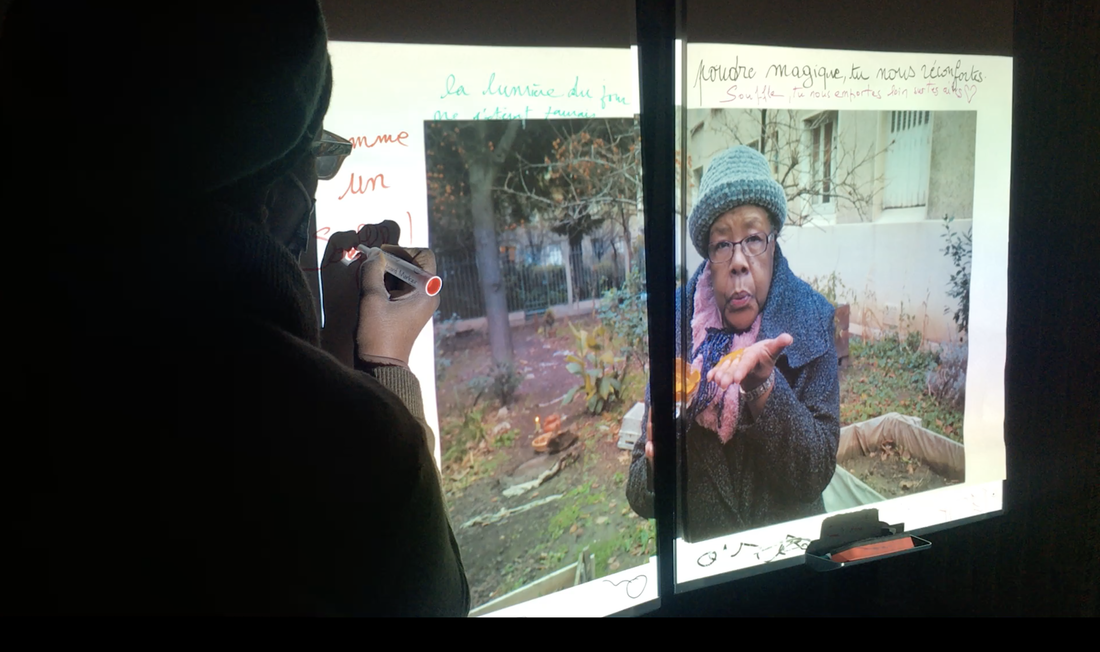