Printing and engraving on various found materials, videos, 2020
Series of videos produced in collaboration with the cultural team at Montrouge city library with the participants from a cycle of writing workshops coordinated by Paquita Naud and Brigitte Bossavy

The day after tomorrow, what world will we wake to?

During this last lockdown “les vers des vers” (“the rhymes of the earth”) have worked been ardently burrowing in space-time, leaving behind lines to follow. As we searched them out, we followed their tracks and traces hither and thither through the lanes and ways of Mountrouge. They have taken up here and there in the streets of the city, awaiting the days to come. These portents of a near or distant future were interpreted by the library’s readers and listeners and the participants of the writing workshops, who invoked the future in a handful of words.

Wanted! Other rhymes have escaped and continue to make way in the city. So, keep your eyes open! If you happen upon a byway to cross their mark, make note, take it away, and keep it close – and then drop us a line! (versdesvers@gmail.com)

And then come with! Once all they rhymes have been sounded together and begun to speak amongst themselves, we will invoke invoke the path ahead and map a sensory geography of the city and its becomings. 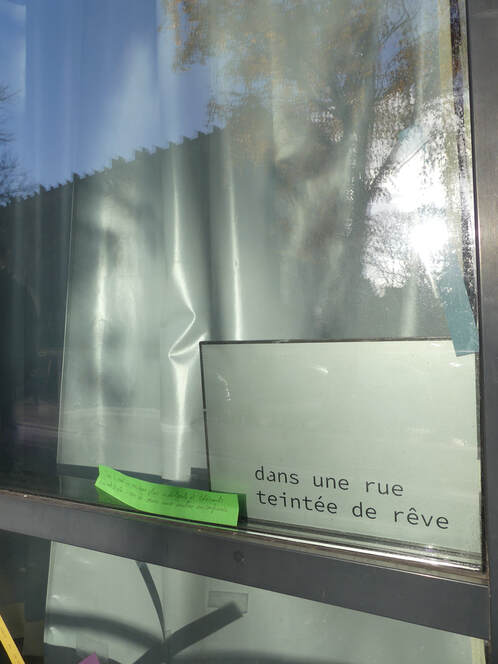 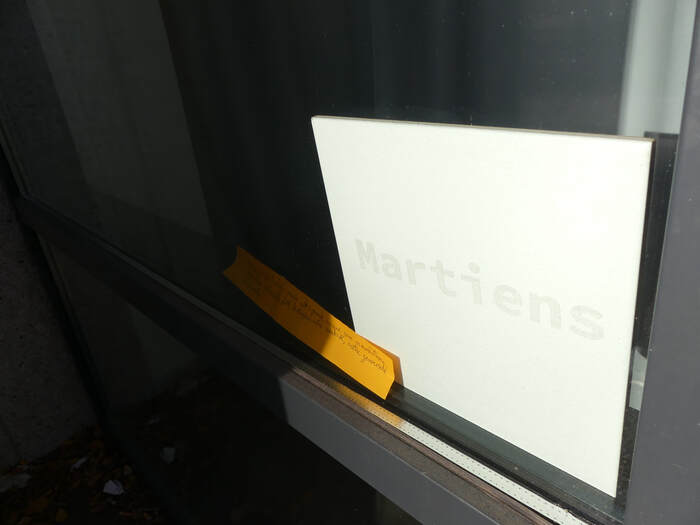 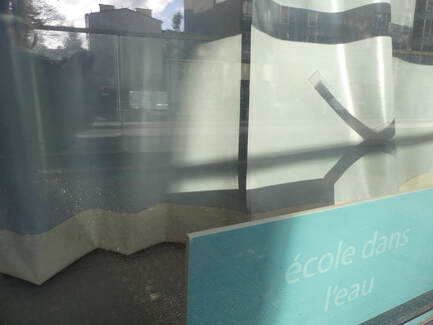 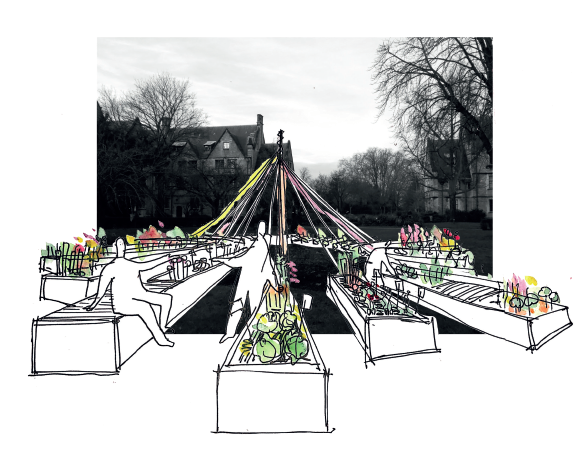 Over the course of the seasons, the residents of la Cité universitaire will breathe new life into the Lépold Senghor garden. The transformation of the grassy quad into a vegetable patch will bear fruit throughout the year, which will be cultivated and enjoyed by the Cité’s residents. This garden aspires to rethink our collective choices in a poetic experimentation and agricultural reappropriation of urban spaces. The vegetables and wishes that emerge from this garden will be scattered with poetic ‘sprouts’ that convey wishes for the future gathered during writing workshops with residents. On the occasion of the annual festival of the Cité, the garden will be reinaugurated with a May Pole danse.
This garden is rooted in the history of La Cité International universitaire, a space where people of all nationlities can live in peace, eat at the same table and sleep under the same roof. By choosing the Fondation Deutsch de la Meurthe the Cité Universitaire's past and future enter ino corrspondance, breaking down the boundaries that seperate humans from other species. 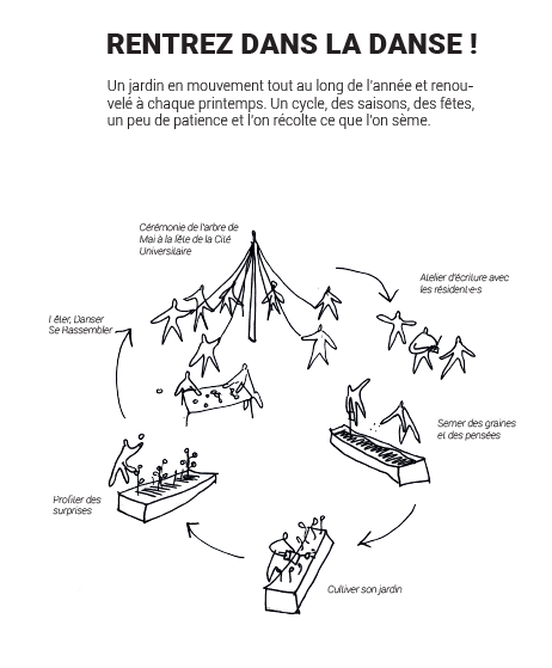 is an invitation to displacement. To invoke texts, to step on them, to disturb them – to divert the line. The work is in constant flux, transforming itself through the steps of its visitors. It’s a raft, a refuge, a magic carpet, where the traversed and invoked words enter into resonance with the body and spirit— and where the two meet. The wood -found, escaped, recovered- whispers to us. Listen, decrypt it on tiptoes, with the tips of your fingers, rubbing follicles up against text. It’s a ritual, a recitation, a trial, where each piece of ‘drift-wood’ is a fragment of verse, a magical formula, a koan – a call to renewal and regeneration. It’s a line of gestures, acts, and words. 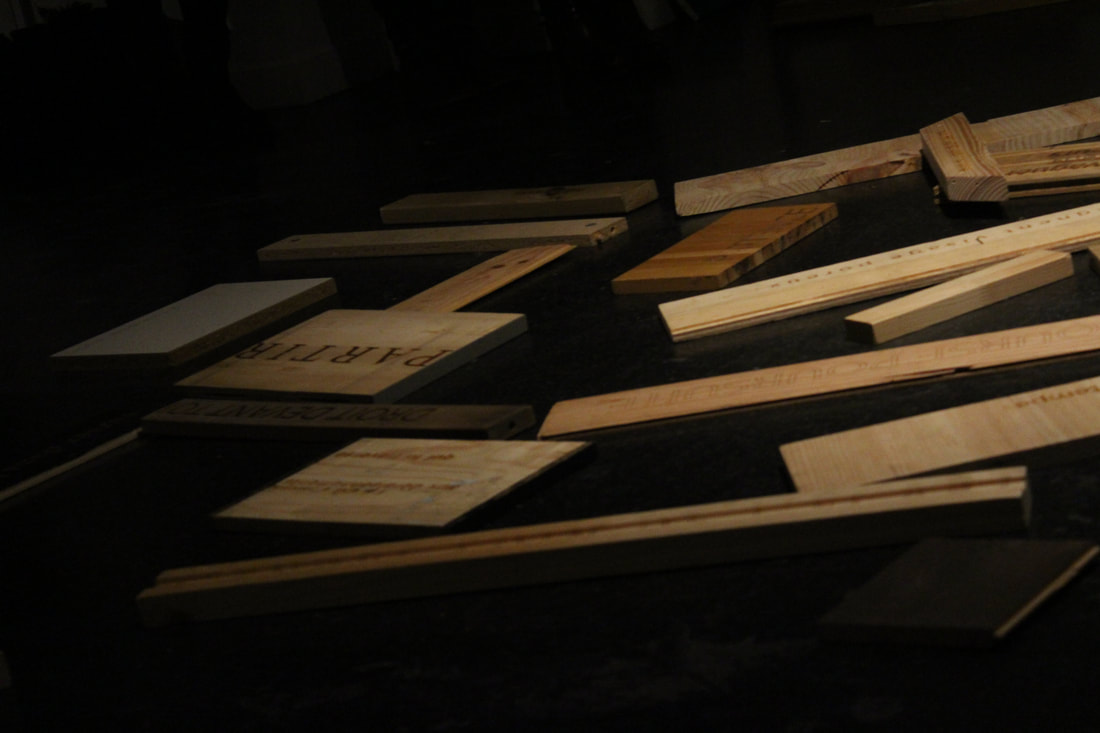 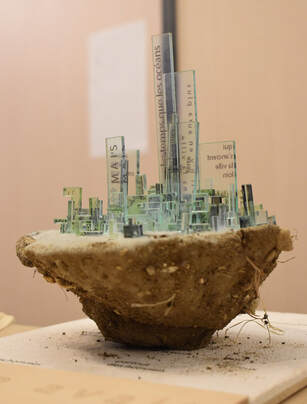 This triptych of cities combines concrete, soil, lyric narrative, and images. These invisible cities crystallize through the combination
of vegetable prints and text. These city-islets question the place and/or the absence of living beings in urban environments and the colonization of urban space by data
networks. These city-artifacts are uprooted from the terrestrial body to reveal their concrete foundations and the traces
of the Earth that carries them. By unveiling these non-visible spaces, Villes verrières questions our urban desire’s ramifications
and the gaps between utopias, dystopias, and entopias. 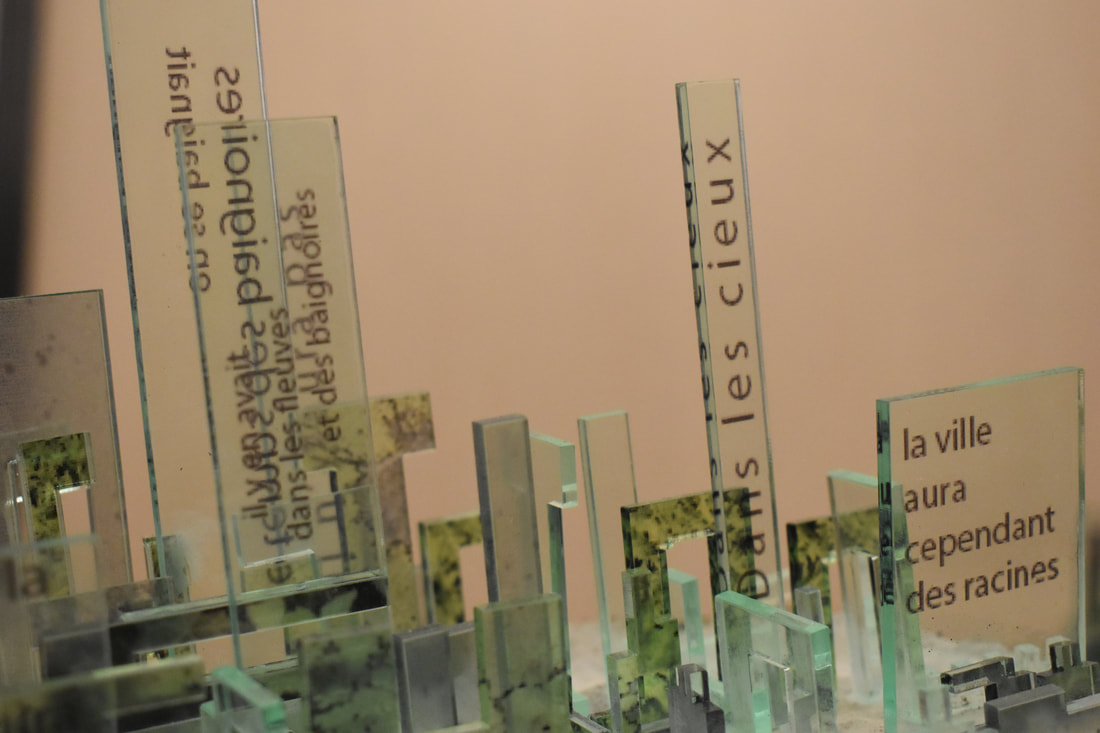 Conceived as a ball, where attention to space and others is privileged, BALlade invites a visual and acoustic dyslexia in the activation of urban trajectories by gallery-attendees, thereby mingling their lifelines lines with those of the urbanites we encountered on the street. The project was initiated with a simple gesture, asking passersbys if we could accompany them on their paths. This performative investigation gave way to a performance, where we asked the public to follow us on these urban journeys and to experience wandering (getting lost) in a cartographic personification of the encounters. 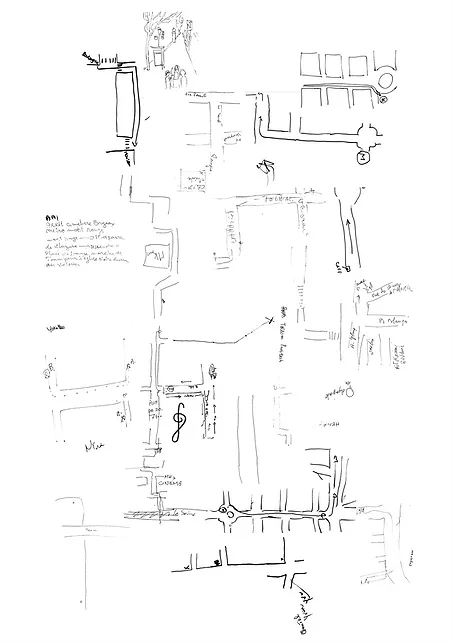 to the right, map conceived by weaving together different trajectories from passers-by

below, a poetic transcription from Fanny's 'balade'

During a time of immense climatic change, and a greater awareness
of the Anthropocene and the impact of our actions on the future of
the planet, we chose to respond to this the call with an ecological
fiction. Our proposition takes the form of a memorial garden that a
future generation would have constructed in memory of actions that
have occurred throughout history, actions which have both induced
climate change and others that have reversed it. The symbolism of
passage and transition invites visitors to travel through history and
reflect on our future. 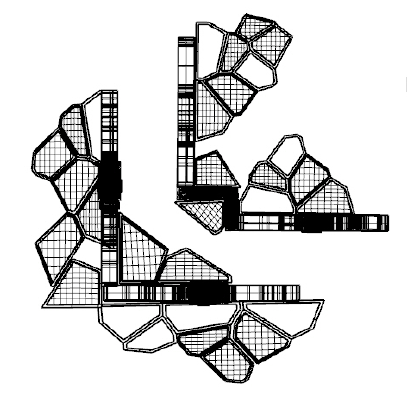 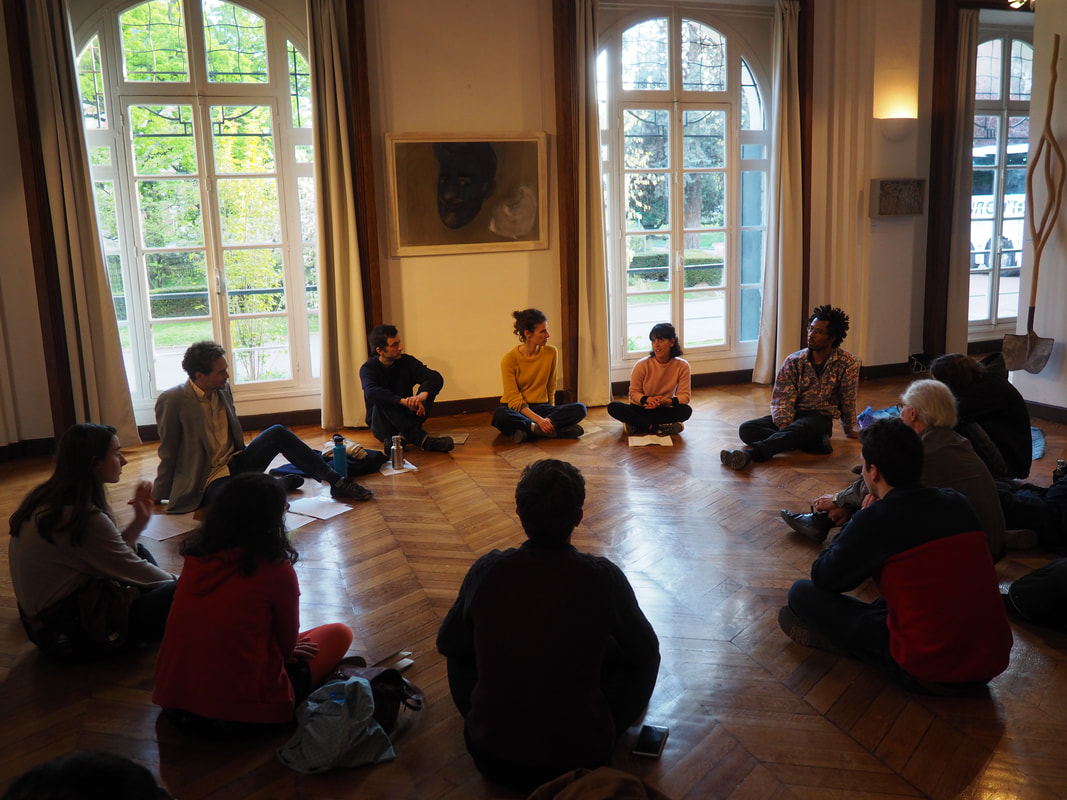 In the Chthulucene when we can attest to a vertiginous weaving between human beings and other species and where our natural resources are increasingly rarer and more precious, it is important to reflect on the materiality of the art object and its ecological consequences (in transport, materials, production, etc.) and to invent alternatives that redefine artistic experience. During this performative roundtable with the artist and researchers, Christopher Alexander Kostritsky Gellert, Florencia
Hisi, Seumboy Vrainom € and the Studio Raffard-Roussel, each participant presented their current research and work.